Get under a table during an earthquake

When you go on vacation, it’s usually because you want to escape the drudge of day-to-day life and do something new and exciting. People don’t usually expect that “new and exciting” thing to be a natural disaster like an earthquake or tsunami. The good news is that the chances of you experiencing an earthquake or tsunami in Japan at the exact time you choose to visit are pretty low, but the chances aren’t zero. Fortunately, even ten minutes’ worth of preparation will have you in a pretty good place to face any challenges that might come your way. With that in mind, here are some things that you can do in case an earthquake or tsunami strikes while you’re on holiday in Japan. Or other countries that can be affected.

Start Preparing for an Earthquake or Tsunami While Packing Your Bags

Before you even set foot on a plane, packing just a few emergency essentials can go a long way to making you feel safer and more prepared in case an earthquake or tsunami happens. These five measures aren’t good for just natural disasters, either; they’re the kind of thing you want to prepare any time you’re going on holiday.

While a first aid kit might not be as useful for more serious injuries, getting small cuts and scrapes from falling debris is very common. Even the most basic kit will allow you to disinfect such scrapes, which may seem like a small thing at the time – but even small injuries can cause a lot of trouble for you down the road if they get infected. Better to take care of such things as soon as you can with a handy-dandy first aid kit.

2. Cold, Hard Cash (Converted to Yen or other currencies)

This also applies as basic travel advice, because sometimes – especially during an emergency – you may find that your credit card is worthless, and you need to pay in cash. Exchange some of your home country’s currency into yen (about 10,000 yen should cover any basic, short-term emergencies) at your local bank or airport.

Japan just doesn’t do light sun showers, and it can rain at almost any time during the year. Pack a compact, travel-size poncho in your luggage – or, alternatively, stop at a local 100 yen shop upon arrival where they’re available for cheap.

Japanese cell phones automatically receive notifications shortly before disaster strikes. To make sure that you get the same alert, download Yurekuro Call from either the AppStore or the Google Play Store. It won’t give you a lot of notice – usually only a few seconds – but it’s enough time to find a place to take cover. See what other disaster alert apps there are in the country you are travelling. In Australia I use the emergency app for the state I’m in. For instance, Vic Emergency app. This app alerts me to bushfires, floods and car accidents.

It goes without saying that having travel insurance will help to cover expenses if mishaps or accidents happen. Ensure you choose a policy that covers you for natural disasters. World Nomads has a number of travel insurance policies.

Duck and Cover if caught inside during an earthquake

A lot of the rules you follow during an earthquake in Japan are no different from any other country. These are the basic rules you need to keep in mind:

One of the biggest dangers during a major earthquake comes from falling debris. To protect yourself, duck under a table or desk. Get into a crouching position and cover your head with one arm while you use your free hand to hold onto a table leg.

Other options are to stand in a doorway and brace your arms against the frame. Or, if you’re in bed, hide under your blanket and cover your head.

2. Stay Away from Big, Heavy Objects

If you can’t get under a table or in a doorway – or you’re outside and there simply aren’t any – make sure to stay away from big, heavy objects: bookcases, dressers, dish cabinets, etc. If they’re not properly secured to the wall, they could topple over and hit you, or dump whatever they’re holding on top of you.

3. Put on Some Slippers and Don’t Forget the Aftershocks

After a big earthquake occurs, there are often aftershocks, so don’t think you’re out of the woods once the main shock is over. If you’re not wearing them already, protect your feet by putting on shoes or slippers.

Be careful as you exit the building and stay away from walls and buildings. There’s a possibility of buildings collapsing, and you don’t want to be close to the fallout. Stick to the middle of the street as much as possible. If you feel an aftershock while you’re outside, crouch down and cover your head.

4. Get to an Evacuation Site

As a country that experiences frequent earthquakes, Japan has a lot of evacuation sites for people to go to during such times, usually parks, schools, and temples. If you’re in Tokyo, you can look up which evacuation site is closest to you on this map. Just use the drop-down menu for the ward that you’re in. This site also has a list of maps for other major cities, including Osaka and Fukuoka.

Run to higher ground if a Tsunami is coming

To prepare for a tsunami, there are really two things to keep in mind: first, how to recognize that a tsunami is coming before it actually hits, and second, where to go to keep yourself safe.

1. If the Water Disappears, Run for the Hills

If you’re at a beach and the tide suddenly disappears, that is the number one warning sign that a tsunami is coming. However, unless you’re in Okinawa, you’re probably not on the beach. Most of Japan’s tourist attractions are further inland. Fortunately, the Yurekuro Call app mentioned above sends out warnings for all types of disasters, including tsunamis.

Japan is lined with rivers, and these can flood as well in the event of a tsunami. Because of that, you want to be sure to avoid rivers and bridges as much as possible.

3. Get to a Tsunami Evacuation Site or Whatever High Ground You Can Find

As mentioned, Japan has lots of evacuation sites – but not all are good for tsunamis since some are way too close to sea level. If a tsunami is happening, make sure to look for a tsunami-specific evacuation site, also called tsunami hinan basho (津波避難場所). If you’re not sure where the closest one is, just find the highest place you can get to. Bigger tsunamis can reach up to 10 meters in height, so you really have to prioritize “going higher” over “going farther.”

Final Words on Staying Safe During an Earthquake and Tsunami

While getting caught in a disaster is never fun, being prepared is the first step to increasing your chances of making it out okay. Having been through a few earthquakes and tsunami warnings myself, I know, when it happens, I think of the above tips and act accordingly. Have you been through an earthquake or tsunami? I’d love to hear in the comments following. 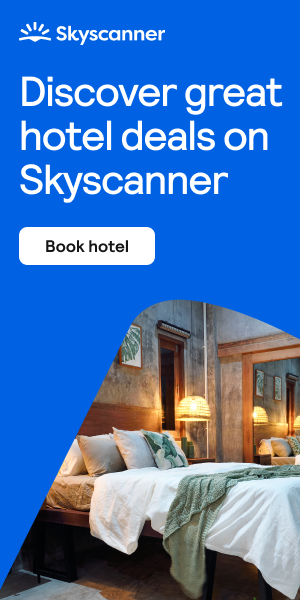